The tension related to the desecration of a ‘bir’ of Guru Granth Sahib flaredup in Kotkapura when the protesters blocked one of the key highway intersections.

Police personnel, in large numbers, were deployed at the scene to avoid any violence. The police requested the protesters to unblock the highway, but they refused and demanded the arrest of the accused.

One of the police officials was also beaten mercilessly by the crowd, and he was left paralyzed waist down. There was over a dozen policemen present, at the scene, with authority to order firing. It is not clear who gave the order, or someone panicked and fired.

A very well written write up about S. Paramraj Singh Umranangal and the current crisis he is wrongly being targeted for….

Posted by We Stand with Paramraj Singh Umranangal on Thursday, July 11, 2019

Clash Between Police and Protesters in Kotkapura

One of the police officials, Jatinder Jain (IG) got injured during the clash. Earlier, two people were also killed in Behbal Kalan firing incident.

The police have rounded two youths in connection with this case – Ranjit Singh Dhadruanwala and Panthpreet Singh (both are Sikh leaders).

As per the then DGP Sumedh Singh Saini, executive magistrate ordered the use of force at Kotkapura and there is no concrete evidence to prove IPS Paramraj Singh Umranangal’s involvement in this case. He also added that police force, outside Faridkot, was called since the district police did not have enough officials to handle the disgruntled mob.

He termed this as elementary policing. Zonal IG and ADGP law & order and other officers were also present on the scene along with IG Umranangal.

The public prosecutor said that the actual truth behind the clash between the police and the protesters and subsequent firing in Kotkapura is yet to be unearthed.

Moreover, both the prosecution and counsel for the accused played the CCTV footage,which confirmed that the protesters attacked the police officials present at the scene. It is clear from the police file that IG Umranangal was not the only police officer who was in command at that time.

Seeing all the facts and pieces of evidence, Punjab and Haryana High Court granted blanket bail to IG Paramraj Singh Umranangal. The court also ordered to give him seven-day advance notice before taking any action in 2015 police firing cases.

IG Umranangal After Getting Bail – Justice Will Be Delivered

Every day new facts are coming to light, hence making the whole case more perplexed. Even after the probe is handled by SIT (Special Investigation Team); still, some loopholes can be seen, creating uncertainty on the probe.

All this shows that IG Umranangal has become a victim of politically motivated investigations, and he is falsely framed in this whole case.

There have been many people injured in a bloody clash between police and Sikh protesters in Kotkapura town. The police force used lathis and water cannons to disperse protesters, whilst the latter attacked cops and torched police vehicles. The authorities somehow controlled things﻿.

How Many people died at Kotkapura riot?

The truth is None. However, many received severe injuries during the riot, including police officers.

Who Fired on the Crowd and on Whose Orders?

Back then while the riot happened, over a dozen policemen were deployed in the area. Now, the alarming element here is that these officers had the authority to order firing, but on whose orders are until not clarified.

No, he was not at Behbal Kalan. This was also noted in the Ranjit Singh Commission Report. Kunwar Vijay Pratap Singh (SIT member) also confirmed that there is enough evidence to prove that inspector general of police Paramraj Singh Umranangal was posted in Ludhiana.

What About the Injured Protesters Statement?

The court has also agreed that some other injured protesters statement was recorded. Most importantly, the protesters denied Punjab IGP Paramraj Singh Umranangal commanding the police party on Fatal day.

Was IG Paramraj Singh Umranangal Present in Kotkapura on the Fatal day?

No, the truth is the same way as other senior police officers hailing from other districts, IG Paramraj Umranangal was in Kotkapura but he was not on duty. The SIT also mentioned this fact in the sessions court.

Is it true that IG Paramraj Singh Umranangal was commanding the police force?

No, at Kotkapura, the local police officers of Faridkot were in command. Both punjab police ig paramraj singh umranangal and the ADGP Law and Order—Rohit Chowdary were present at the scene.

Was the Kotakapura incident is a Planned Conspiracy?

Based on the CCTV footage (quoted in the Justice Ranjit Singh Report) the police can be seen negotiating with the protesters.

It was evident from the footage; the arrest of Mr. Panthpreet Singh was the real key reason behind the confrontation.

Was IG Paramraj Singh Umranangal Involved in an Illegal Talk With Someone?

No, as per the telephone records, he was conversing with the DGP during the crisis & that’s quite normal and anticipated. 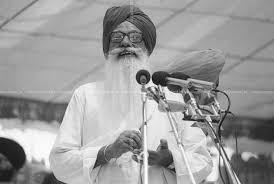 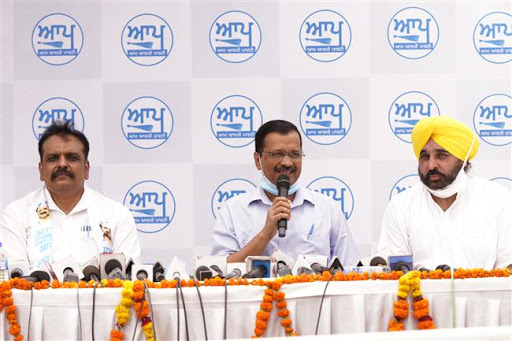