Behbal Kalan’s firing case is still pending from 2015. Recently the government had set a three-month deadline to bring justice to the families of victims of the Behbal Kalan firing.

Police Firing in Behbal Kalan in 2015

In the meanwhile, just to refresh the highlights of the case, on October 14th, 2015, Two Sikh protesters — Gurjeet Singh of Sarwan village and Krishan Bhagwan Singh of Niamiwala village in Faridkot district— were killed in the police firing. They were protesting against the sacrilege incident.

The blame came on the Punjab police department’s loyal officers who were earnestly doing their duties. IG Umranangal and other respectable police officers were blamed for taking an erroneous decision.

Badals (at that time, the ruling party president Mr. Prakash Singh Badal, and his son Sukhbir Badal) are blamed to influence the case. However, they have been interrogated and several times denied any such decision imposed on the police.

Also read How Sacrilege Case Has Used for Political Benefits By Politicians.

What SIT and law enforcement is doing in the case?

For the investigation, Special Investigation Team (SIT) committee was formed and led by Ex IG Kuwar Vijay Pratap Singh. However, after the resignation of Kuwar Vijay Pratap, a new SIT appointed the Additional Director General of Police L K Yadav to probe the Kotkapura police firing incident following the directions of the Punjab and Haryana High Court.

Before the decision from the court could arrive, the case underwent many twists and turns. The political influences are delaying justice. During the Punjab assembly elections(Feb 22), many political leaders used the ironic case and related it to the religious sentiments of the people.

Now, a four-member delegation of lawyers met the kin of the victims to give them monthly updates about the status of the Behbal Kalan firing case. As the government’s deadline to bring it to a logical conclusion ends on July 10, the victims are getting furious and trailing their patience.

The family members of the victims of the 2015 Behbal Kalan firing and Sikh organizations are protesting against the killings. They have intensified their stir and demanded justice within the deadline set by the government.

What victim families feel for the case?

“I will not take back the Insaaf Morcha until justice is served,” Sukhraj Singh, son of one of the victims Krishan, whose sit-in entered the 147th day on Wednesday, said.

The anxiousness of the statement shows the hopelessness felt by the family members. They are on the verge of breaking their patience level.

However, the advocates informed through a statement that as there were several legal issues involved in the investigation, the state government needed time to take the cases to their logical conclusion.

For now, the protesters relented and called off the Bathinda-Amritsar National Highway blocking on the assurance that advocates will provide the monthly report. Santokhwinder Singh Grewal is part of the team visiting the family members. He consoled the family members asking them to believe in the judiciary system.

This time the family members are determined to end this case. They are demanding justice on behalf of victims.

To prevail upon the protesters of the case, the advocate committee has ensured that justice will prevail.

No one can compensate for the loss of lives but justice will be a sigh of relief for the family members. Moreover, it will be a step forward to deliver a loud message to the people that no one is allowed to misuse the religious sentiments of people in their favor.

The sacrilege incidents that happened in 2014 were shameful acts for which the culprits must be punished. All of the family members, the police department including IG Umranangal, and other people involved in the case seek justice within the given deadline. 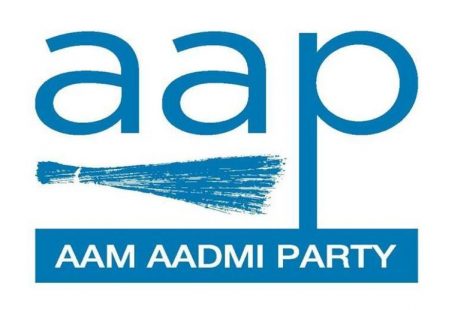