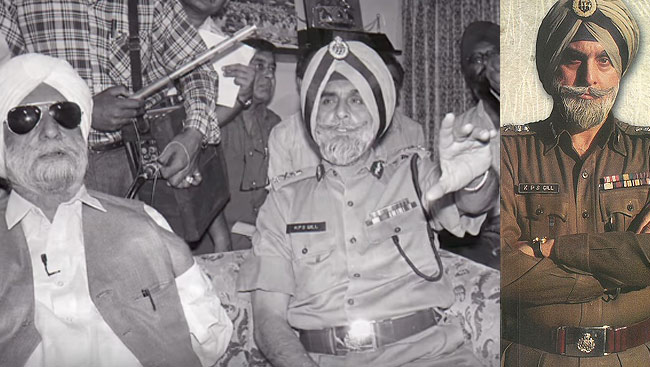 We all know what Punjab went through in the late 80s. It was surely the darkest chapter in the history of Punjab when terrorism gained a decisive edge. That said, amid the chaotic situation and disorder, there was one 1957-batch IPS officer of the Assam cadre who played a substantial role in giving deliverance to Punjab from terrorism.

He was none other than Late Kanwar Pal Singh Gill , who also earned the sobriquet of ‘Supercop’ for his leadership qualities, tremendous energy and imposing personality. 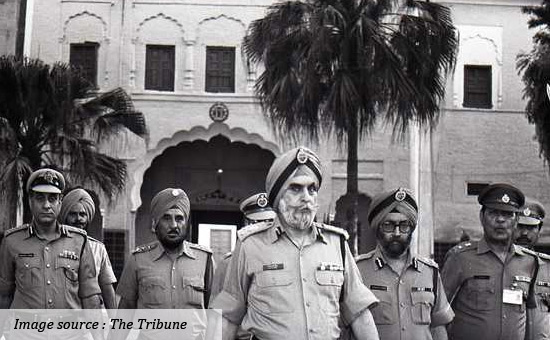 From 1988 to 1990 and further 1988 to 1990, he was DGP of police. He then continued from 1991 until his retirement from police service in 1995. Admittedly, the whole journey was not straightforward and he was a part of controversies along the way. He and the forces under his command were accused of human rights violations.

During 1984-1995, Sikh extremists were quite extrusive and there were reports of human violations from Punjab region. As per a report by Amnesty International, armed groups were assassinating accused of the 1984 massacre and were taking innocent people hostage.

The report further mentioned that the police illegally detained and killed many innocent men.

As per Human Rights Watch (HRW), Sikh separatists were culpable of targeted assassinations and attacks on Hindu minorities in Punjab.

The international non-profit organization also added that in 1991 the police used inhuman methods to curb the militant movements. This resulted in widespread human rights violations.

Many innocent civilians and suspected terrorists were executed in staged in ‘encounter’ killings. Many people also disappeared in the police custody and thousands were apprehended without any trial and they were tortured brutally.

Mr. Gill started his second term as DGP in 1991. During this period, the violence and terrorism were at its peak, but he successfully stamped out terrorism by the time he abdicated his office in December 1995.

KPS Gill stated that he did not want to repeat the mistakes committed during Operation Blue Star. He also used minimum force as compared to previous operations.

As mentioned above, in 1991 the violence and mayhem were at its peak, the worst part was that over 5000 lives were already lost. The consecutive year, the Government of India decided to take stringent measures to eradicate terrorism from Punjab. Mr. Gill was appointed as Chief of Police in Punjab. Both the Indian Army and Punjab Police worked in an alliance which resulted in the killing of around 500 people.

It was Mr. Gill who introduced a bounty system of rewards. As per this system, the police force was encouraged to enforce extrajudicial executions and disappearances. In simple terms, it can be said that the police officials were awarded financially whenever they kill any terrorist.

The Central Government of India also created a special fund, Rs. 50,000, for all those who give the information about the terrorists or about someone who is aiding the terrorist activities or a person in particular.

Under the leadership of Mr. Gill, the scope of tracking and arresting the terrorists went across the nation. During 1993, several newspapers and news agencies circulated the news that Punjab Police is looking for the Sikh terrorists in other parts of the nation.

On May 17 one team, in pursuit of alleged terrorist Lakshmi Singh, raided an apartment in Kolkata. As per the neighbors, the commandos broke into the apartment and shot both Lakshmi Singh and his wife. They also fled with their bodies.

Even the West Bengal government complained about the Punjab government but no disciplinary action was initiated against the police commandos.

In 1995, Mr. Gill laid the foundation of the Institute for Conflict Management and he was also the President of the institute. He was also the initiator of advertising governments on counter-terrorism matters. In 1997, Prafulla Kumar Mahanta (CM of Assam state) approached him to be the security advisor.

In 1999, Delhi police arrested Richhpal Singh (Babbar Khalsa suicide bomber) who was assigned a task to assassinate Mr. Gill. As per police, he took a flight from Pakistan and reached Delhi on an Afghan passport.

Heavy explosives including RDX, live wires, and detonators were also recovered from him. In an interview, Gill claimed that both Babbar Khalsa and other Sikh terrorist groups made their best efforts to assassinate him, but he was not afraid of such extremist groups and he continued doing what he does best.

KPS Gill Will Be Remembered for Service in Security Field: PM Narendra Modi

In 2000, the Sri Lankan government also approached Mr. Gill to assist their military to draft an anti-terrorism plan against LTTE (Liberation Tigers of Tamil Eelam). In 2002, following the Gujarat riots, KPS Gill was also made the security adviser.

At that time, Narendra Modi (the then CM of Gujarat) commented that he is proud to have an experienced and staunch person such as Gill as his security adviser. For his work in civil service, he was awarded the Padma Shri award in 1989.

Mr. Gill also wrote books on Punjab Insurgency; the book received a mixed response. He along with Ajai Sahni edited the book Terror and Containment: Perspectives on India’s Internal Security in 2001.

In 2002, he again teamed up with Mr. Sahni to author the book – The Global Threat of Terror: Ideological, Material & Political Linkages. Various books published by Mr. Gill are – Most Wanted in 2002, The Punjab Story in 2004, Islam and Religious Riots A Case Study – Riots & Wrongs in 2012, and Kurh Phire Pardhan in 2012. 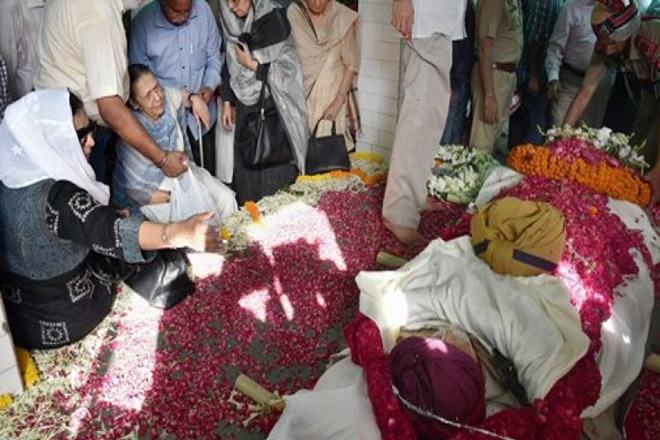 During the 80s, numerous families in Punjab got affected by terrorism. Both cops, KPS Gill and IG Umranangal have seen terrorism up close and personal.

For instance – Sukhdev Singh father of Paramraj Singh Umranangal, was also killed by a carefully-laid ambush by KSF (Khalistan Security Force). Similarly, KPS Gill was also a one-man army who eradicated terrorism from Punjab and faced death threats from Babbar Khalsa and other radical groups.

KPS Gill received numerous gallantry awards such as Padma Shri for his bravery and the work he had done for eradicating terrorism from Punjab. Likewise, IG Umranangal had also received many recognitions and awards for performing his duty with sanctity and sincerity.

During Gill’s tenure, people were so petrified and desperate to get deliverance from terrorism. Though both the cops were highly acclaimed for their bravery and professionalism, they had to face the irrational behavior of the common people and authorities for doing their duty.

KPS Gill faced molestation charges and PS Umranangal had to face the charges of having irresponsible behavior leading to the killing of innocent people in Kotkapura. Mr. Gill had to undergo 3 years of probation and on the other hand, Mr. Paramraj Singh Umranangal was put behind the bars. Though it is verified through the CCTV footage that the protesters were equipped with swords and rods, so it is fair to say that the protesters were not there for peaceful protests.

Mantar Singh Brar call records, Mohinder Pal Singh Bittu’s confession before the judicial magistrate Moga under Section 164 of the Code of Criminal Procedure and foreign aid to carry out Bargari sacrilege, all these prove that the whole case was preplanned.

KPS Gill was a great example of how a policeman should continue his duty with bravery. He got death threats numerous times from radical and terrorist groups such as Babbar Khalsa, but he never backed down from his duty and stood firmly against what was wrong.

As mentioned earlier, IG Umranangal’s father was martyred by KSF, but the teachings of his grandfather gave him the courage to stood against the wrongdoings and social evil.

In a situation where policemen had to encounter a huge number of heavily armed mobs what they are supposed to do? In that crucial situation, they had to take an instant decision whether they should go ahead and have a dialogue or retaliate the mob’s actions. These policemen have their families, they pray and wait for their safe arrival every single day back at home. Every day they risk their lives to keep us secure and safe.

Particularly in the Umranangal case, political interference can be seen which somewhere influenced the case, hence delaying the proceedings of the case. Ideally, police and politics should be decoupled otherwise, history is evident where many policemen were victimized when all they were doing their job. IG PS Umranangal & KPS Gill both are a true example of bravery who led from the front for their nation. 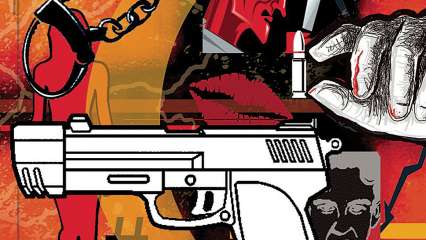