On May 15th,  2021 the bureau of investigation (BOI) said that the two cases registered in connection with the Behbal Kalan firing incident at Bajakhana police station were turned over to the SIT sub-team led by IG (retired) Kunwar Vijay Pratap Singh.

In the light of the context, “IG Vijay Pratap firm on his resignation“, the investigation into these two FIRs will now be completed by the SIT comprising IG Naunihal Singh, SSP Satinder Singh, and SSP Swarandeep Singh. The new SIT may seek the assistance of other persons and experts to complete the investigation expeditiously and submit the final report,” it stated.

Ex IPS officer Paramraj Singh Umranangal showed an inability to appear before the investigation team by sending a request through his lawyer; he was allowed to appear on June 1, 2021. The order states explicitly that the SIT must work jointly, and all its members would put their signatures on IG Umranangal kotkapura case sit charge sheet final report. The members of the SIT would also be cited as witnesses on the list as investigating officers, specifying the decree.

The order further states that the SIT would not report to any State executive or police authority regarding the investigations and would report only to the concerned Magistrate, under the law. SIT members were also ordered not to disclose any part of the investigation of the Kotkapura Firing Case and to refrain from interacting with the media regarding various aspects of the investigation.

In addition, SIT members would not respond, directly or indirectly, to any doubts or opinions expressed by anyone regarding ongoing investigations.

Amid concern in Congress over a six-month deadline given to a Special Investigation Team (SIT) to conclude its probe into the 2015 Behbal Kalan and Kotkapura firing, the state government on Sunday made it clear that this time-frame was not set by it, but by the Punjab & Haryana High Court.

The New SIT Is Probing the Punjab Desecration Case

In a statement released, a spokesperson said that the new SIT, formed by the state government by order of the court, was not, however, prevented by the court from completing the investigation sooner, even in the two months if possible. It comes even as several congressional leaders are angry with the state government over the period.

Led by the additional director general of police (vigilance) LK Yadav, the SIT is probing into the policing firing on protesters seeking action into sacrilege incidents, which left two men dead on October 14, 2015. It was constituted after the HC Notice to Govt on Petitions Seeking Quashing FIR headed by the inspector general of police Kunwar Vijay Pratap Singh. Retired SSP Charanjit Singh and inspector Pritpal Singh also faced the SIT members.

The SIT team grilled former director-general of police (DGP) Sumedh Singh Saini for approximately four hours. Other top officers who have been questioned include IPS Sahota and Rohit Chaudhary, who holds the charge of special director general of police.

High Court order dated April 9, 2021, to conclude the matter from the date of the constitution of SIT. The Court direction has been simply reproduced in the SIT re-constitution notification issued by the state government, which has been specifically barred from interfering in any manner, as per Direction (II) and (IV) of the order, said the spokesperson.

The Congress spokesman said that “the government led by Captain Amarinder Singh is committed to ensuring justice for the innocent and the punishment of the guilty.” In keeping with this commitment, the state government implemented the new SIT rather than closing Kotkapura Firing Case As Charges Against Accused Dropped

Action against the SIT can be taken by the court

The new SIT has a clear mandate to start work immediately with the directions of the High Court. There would be no interference from any quarter, external or internal, in the investigation process. Any deviation from the court orders will only make the SIT vulnerable to action against it by the courts, which will only delay the whole process rather than speed it up, the spokesperson added.

The more we go into detail about the sacrilege case, we get more closer to reality. A hype was created with political interests. During the investigation, the SIT team discovered that officials were doing their duty sincerely. The intervention of the local people hurt the sentiments of the residents by using provable words. As the new SIT has taken over the case, they are considering the circumstantial evidence. All the possibilities are taken into consideration to conclude. Trusting in the supremacy of the judicial system, the final result is awaited. With an optimistic approach, we are eagerly waiting to get equity for the ones who lost their lives. The real culprit should be punished. 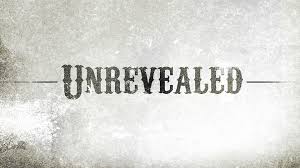